We are Leeds, We are Proud - Leeds United 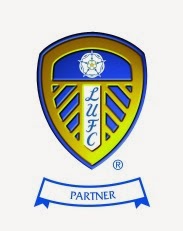 "We are Leeds, We are Proud, Standing up, Singing loud, and there's nothing you can do against the Yellow Whites and Blue"

The current manager Brian Mc Dermot is beginning to the see results coming in having only joined the Championship side in early 2013. The club currently sits two points outside of a play off place and only eight from top spot. Mc Dermot has the experience that Leeds United need having won the Championship with Reading in 2012 and making the play off final in 2011.

Leeds are not just in a good position in the League but also are doing well in the FA Cup. Leeds are facing a 3rd round clash with League two side Rochdale on the 4th of January, so hopefully they can shake of the Christmas and New Year celebrations and progress to the fourth round.

Leeds United players are winning awards as well. Ross Mc Cormack was awarded player of the month for November with seven goals in the Championship alone, with four coming in the 4-2 win away to Charlton. Mc Cormack is a Scottish international who joined the club in 2010 and has cemented his place in the first team.

Leeds United making it back to the Premier League for the first time since 2004 is looking very promising this year with the club in strong position going into the all important Christmas fixtures.


If you are traveling to any of the Leeds United games make sure to stay in your NUMBER ONE LEEDS UNITED HOTEL - Bewley's Hotel Leeds!

We are a short distance from Elland Road and always have live match coverage in The Inkwell Bar. See you there!
Posted by Bewley's Hotels at 3:56 PM