Moran & Bewley’s Hotel Group are delighted to be involved in supporting Paralympics Ireland through the extensive provision of accommodation, meeting and event facilities. We first got involvement in 2011 and were proud partners of the 2012 Irish Paralympic Team which delivered an impressive haul of 16 medals in London.

Commenting on the renewal of the partnership, Adrian Sherry, Group Marketing Manager for Moran & Bewleys Hotels, said:“We were thrilled to be involved with the incredible Irish Paralympic success at London 2012 and are delighted to help Paralympics Ireland prepare for the challenge of Rio 2016. The performances of Irish Paralympic athletes like Orla Barry are hugely inspiring and we will be supporting them every step of the way.”

Patrick Haslett, Commercial Director for Paralympics Ireland commented: “We were very grateful for the invaluable support of Moran & Bewleys Hotels and their staff in the lead up to London 2012. As Irish Paralympic athletes target the podium at Rio 2016, we look forward to another exciting partnership.”

Thanks to all involved and we look forward to working together. 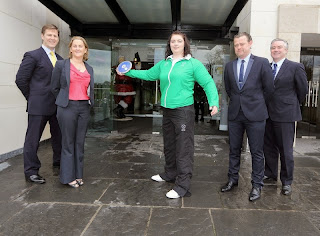 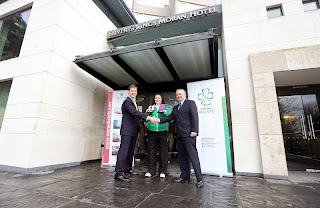 Posted by bewleys hotels at 1:30 AM